Can You Do Minimalism With a Large Family 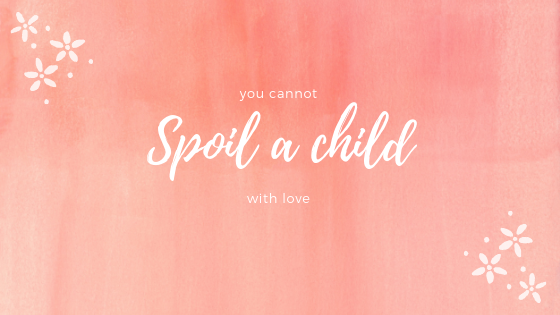 I’m going to start this out with a very important truth that I think will or can help you with this process or concept. You can NOT spoil a child with love. Love is NOT what spoils a child. We often think love is giving them whatever they want, giving them everything we never had, but the truth is love says no and love sets boundaries. If you see a spoiled child, it is not love that spoiled them, it is something quite the opposite!

Moms (and dads) taking care of yourself and your sanity is often a key in unlocking your ability to really love your child. For me the constant mess of the house, and I’m not talking dirtiness, was driving me insane. No matter how much I cleaned the house was messy. Than I’d start the mammoth task of organizing and no one was capable of maintaining it because there was so much stuff. I found myself following them around and putting things away while they were still playing with them. If things weren’t strictly maintained in the organization that I had created than all the toys would be dumped from all the bins in search of a single one. I was homeschooling two older children, I had a very busy toddler, and I was about to have a 4th child. It was all too much! I sat at my desk one day completely dejected and worn out scrolling through Facebook to numb my distressed mind, and that’s when I came upon a viral post by Allie Casazza. She had 4 children and claimed to have gotten rid of all of the toys. It was revolutionary and I was just desperate enough to try it.

Slowly each time I’d clean up I started scooping off handfuls of toys to get rid of or hide to see if they even noticed. Eventually I realized all they actually played with were Legos, cars, and Barbies. Bravely I sat a month on all the extra junk waiting for them to ask for it and no one ever did. In fact they were happier when they played, perhaps themselves not so overwhelmed by the extra stuff, and they were more helpful when clean up time came. I soon brought all the extra stuff to a local charity for Foster families and just like that all the stuff was gone. We slowly started enforcing our chore system better and my life immediately became better and less tiresome. I slowly discovered that bright colors and bold patterns, while so very pretty, added to my sense of clutter and unease as well. I’d look at the house at the end of the night, it had been organized and cleaned and yet a sense of unease still plagued me. I removed some of the easy items with bold patterns and bright colors and started realizing that it suddenly felt clean and tidy - even if it wasn’t. This form of semi-minimalism has lifted a great deal of weight off my shoulders. I can't even describe to you the peace of mind that having less stuff has created in my life. We have moved not just into the realm of toys but all aspects of life. Some of the big areas include our clothing, no one has more than 4-7 of any single clothing item with our out of season stuff tucked away out of reach. This means closets really only have 21 clothing items in them at the most for anyone season. For myself I’ve got a capsule wardrobe which has been amazing! Our dishes as well were a big source of consternation. We had several packs of Ikea multi-colored dishes for the kiddos. Every meal was a constant battle of who got what color plate or cup.I saved up and bought a set of white corelle dishes, plain and simple. We also had about 5 times the amount of dishes we needed, pairing this down really helped. This meant we could keep making dirty dishes without ever cleaning them up, which meant dishes could pile up in alarming proportions. The chore of dishes became overwhelming for an adult let alone a small child helping out. Our sink was rarely ever empty as the dishwasher was always full. Less means that even if all our dishes are dirty at once it would only be 75% of the dishwasher. If a life of less sounds appealing to you here are several great resources for you on the journey, because it can be hard to jump into. Allie Casazza Capsule Wardrobe Chores in our House Our Dishes Storage Bins