I overcame my anger and you can too 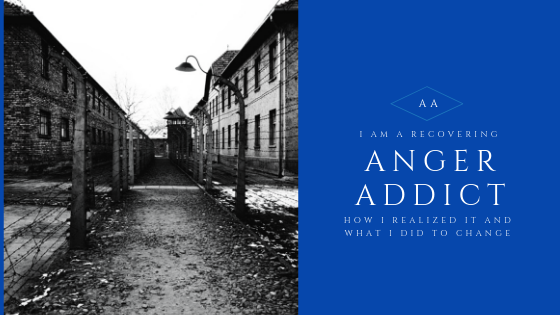 I sat in a circle of women at a Christmas party for the ladies or our church at the time. I had been asked to speak beforehand and share about what God was doing in my life, I’m not the biggest fan of speaking in front of a large group of people but in this instance, I was particularly apprehensive. You see what I had to say wasn’t going to be all peaches and roses. I was going to have to confess that I was empty and frustrated and tired. I couldn’t feel God, I was wasn’t doubting Him, but I didn’t really want to spend time with Him either.

I had debated saying something cheerful, after all, I had 4 wonderful children and Jason’s new business venture was flourishing, I could have easily said life was good. I knew at least two of the women in the circle would see through my BS though and probably call me out on it, so I figured going straight for the truth seemed to be the path of least resistance.

It was my turn and I tried to hold back the tears I knew would come. I confessed I was tired, so completely tired. Our 4th baby was 10 months old and still very colicky. He didn’t sleep through the night, not even close. He cried most of the day long and wouldn’t nap. He hated the car seat and would cry until he couldn’t breathe so taking a drive to get him to nap wasn’t an option. I was trying to homeschool our 2 oldest children, and the poor 3rd child just wanted attention.

I cried because, through all this chaos, I hadn’t even been able to pray. I didn’t think God would answer my prayers. As a child, I had prayed regularly and often well past an hour in length. I had always thought prayer was a gift of mine, but suddenly I was unable to pray.

I cried, I sobbed! It all came back to Micah. I choked out the story of his birth and death to the ladies who were there, some of whom had never met his mother and heard the story. If you haven’t heard about him read my blog post here. If you haven’t got time for that here are the basics.

I had a friend who gave birth to a stillborn while the pastor’s wife and I were in the delivery room with her. I had prayed for a miracle that never came and I had to see his sweet dead body and all hope drain from his parents’ eyes.

As the pastor’s wife and I drove home the car ride was mostly silent. We both confessed we had no doubt in our minds he would be fine and the rest was silence. I think I spent the next 3 years in a degree of numbness. I prayed less and less often and always my degree of doubt and skepticism was rising until that point I sat in a circle of women confessing I just couldn’t pray anymore.

I came to the end of my story and there was silence for a few moments then a few of the other women who remembered Micah spoke up and that was the morning progressed on. I was putting my shoes on getting ready to leave when one of the women came up to me and quietly whispered: “I’ll pray your baby starts sleeping through the night.”

What welled up inside of me at that moment was ugly and it hurts me to admit the next part. I wanted to laugh at her out of complete and total anger! I thought that was the stupidest thing she could possibly pray for and my esteem in her intelligence dropped substantially, that’s a really nice way of saying I thought she was an idiot. Remember I said they were ugly thoughts, try not to think less of me, I have since come to repent those thoughts.

I drove home and while I wouldn’t call it praying I certainly sat there in the car ranting and raving about how dumb it was to think that He would answer a prayer for a baby to sleep. Every sleep-deprived mother on earth has prayed that prayer and eventually every baby figures it out and sleeps. If God didn’t answer my worthy and unselfish prayer for Micah why would He answer a completely silly and selfish prayer for a baby to sleep better?

As I pulled into my driveway I was so consumed with anger I began to cry. I hated it! Over the past 10 months of lack of sleep, I had become so consumed with anger that I didn’t even recognize myself anymore and I didn’t even want to be around myself. As I sat there crying wondering what on earth had happened to me to make me such an angry person I was forced to realize I had always been an angry person.

My parents got divorced when I was in elementary school and I was angry about it. I was angry at how they handled it. I was angry about the custody set-up. My mom remarried an incredibly abusive jerk and I was mad about it. My mom with no regard for me and my dreams divorced said jerk. My mom took off to Florida leaving me behind. My mom didn’t return for my high school graduation or bridal shower. My mom was so mean to my stepmom that the entire atmosphere at my wedding was ruined. We moved across the country and marriage and Jason were not what I expected. I had an eccentric boss.

Up until that morning, I had always had ‘reasons’ to be angry. Reasons even sound Christians agreed I could be angry about. No one ever called me on being angry about my upbringing. No one ever called me on my anger at my disappointments. Anger had become a reflex emotion and anytime I felt anything strong it was quickly followed by and overtaken by anger. Sure anger hadn’t walked around with me like a constant companion when I was younger, but it certainly was the base level emotion I was operating with for the previous ten months.

For the first time in about five months I prayed. I sobbed there in the carport and called out for God to take the anger away from me, to put it out by the roots. Over the next few weeks and months I started to notice a check in my spirit every time I started to go down the anger path and I had a choice each time to let the anger set in or to face the situations without anger.

I still struggle with it at times, but I can say after two and a half years of this being a regular prayer that anger isn’t a reflex anymore, I’m less offendable, I can laugh freely again, I like people again, I can smile without pain, and I’ve learned to cry and be mostly ok with the tears. The negative self-talk that used to be my clothing has gone away. Anger, I’ve discovered is a secondary emotion, and if I face head on the other emotions and work to resolve them anger rarely ever sets in.

Since that break down in the car that little child of mine has learned to sleep through the night and I’ve had another little one who, at the time of this writing, isn’t sleeping through the night yet. I’m sleep deprived once more but anger isn’t my constant companion or my reflex.