For those of you wishing to get my dad's modified recipe, SORRY! You know him he never shares his modifications not even with his own daughter. I do however have the original recipe he used as his base to modify; I'll include my modifications to it in italics. Here is a lovely picture of my dad's cake this year, oh ah! 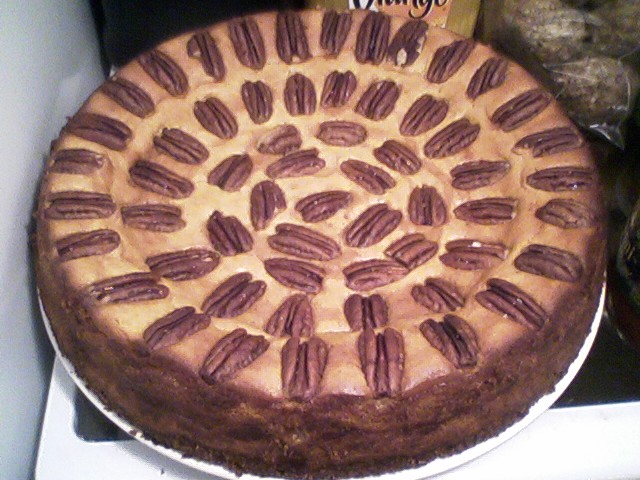 Use an 8-inch springform pan for this recipe. It will also work with two 9-inch pie plates - you will just end up with two smaller cheesecakes. 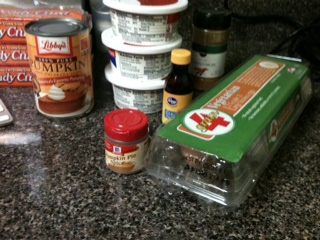 1. Preheat the oven to 350 degrees F.
2. Make the crust by combining the graham cracker crumbs with the melted butter and 1 tablespoon sugar in a medium bowl. Stir well enough to coat all of the crumbs with the melted butter, but not so much as to turn the mixture into paste. Keep it crumbly.
3. Press the crumbs onto the bottom and about two-thirds of the way up the sides of the springform pan. You don't want the crust to form all of the way up the bak of each slice of cheesecake. Bake the crust for 5 minutes, then set aside until you are ready to fill.
4. In a large mixing bowl combine the cream cheeese, 1 cup sugar, and vanilla. Mix with an electric mixer until smooth.
5. Add the pumpkin, eggs, cinnamon, nutmeg, and allspice and continue to beat until smooth and creamy. 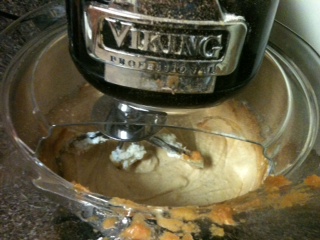 I made smaller individual cakes so I tested them at 30 minutes. 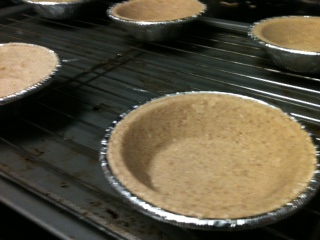 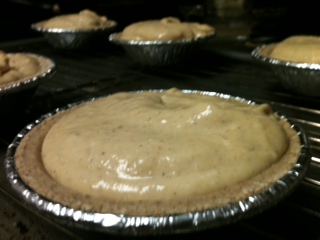 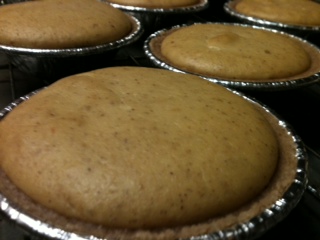